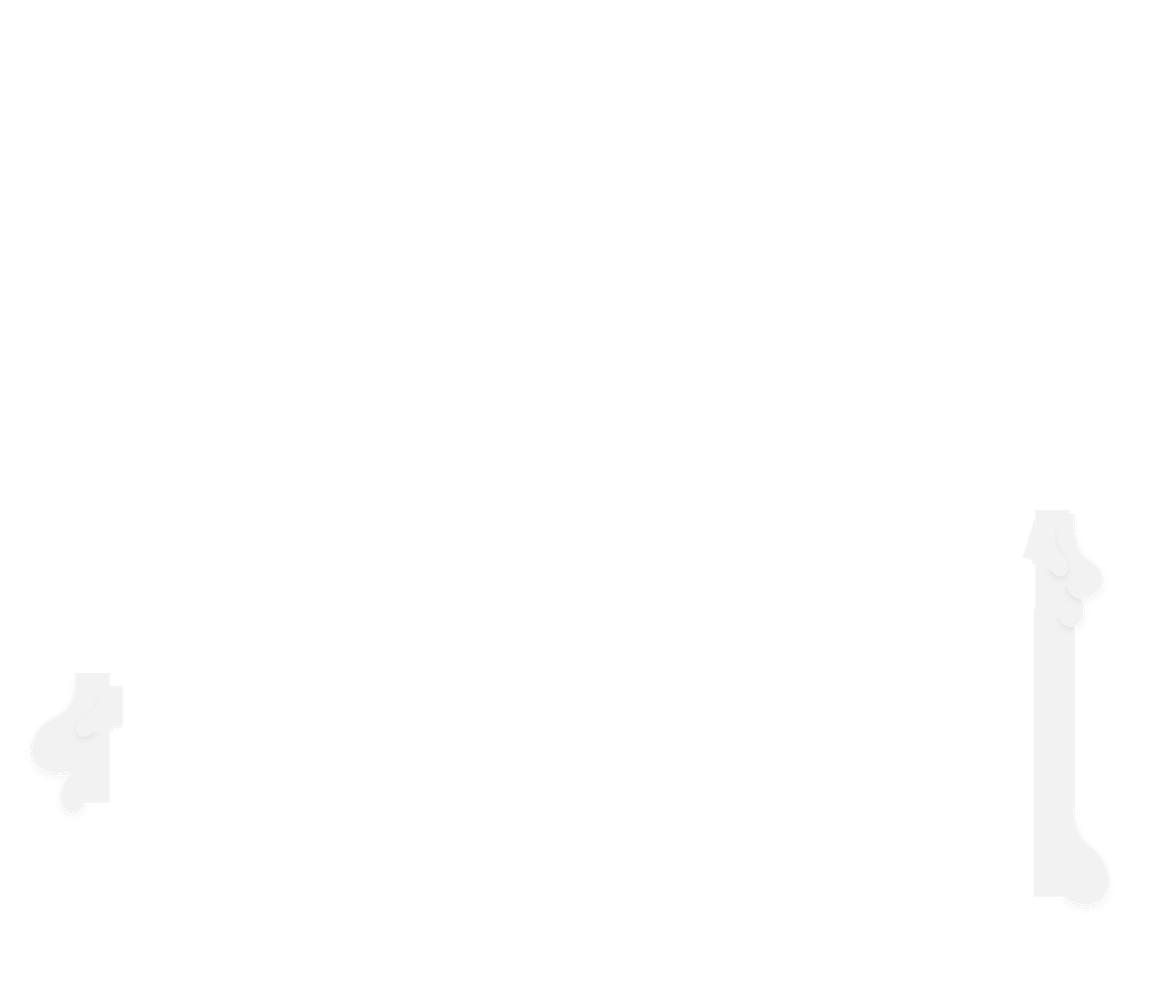 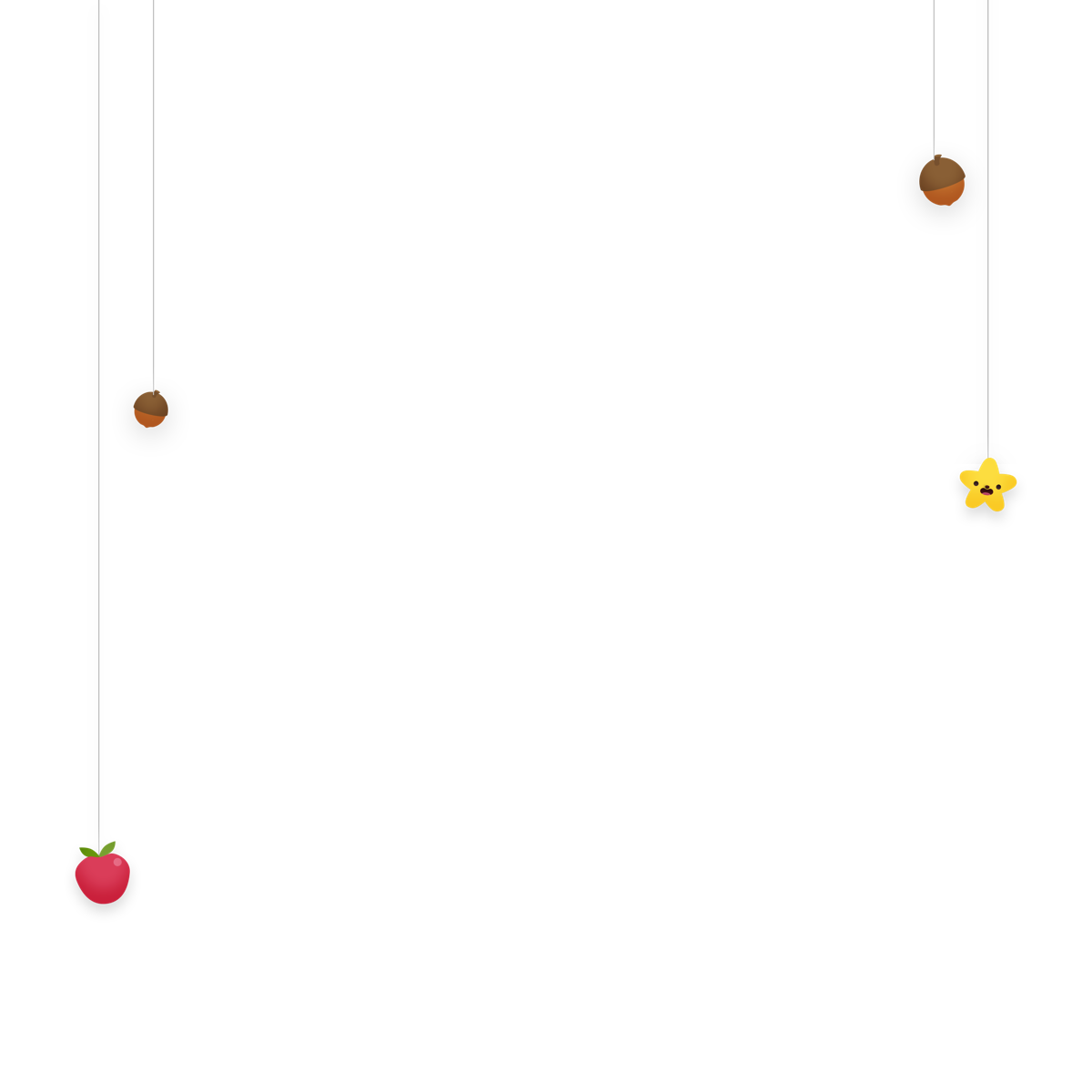 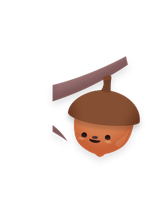 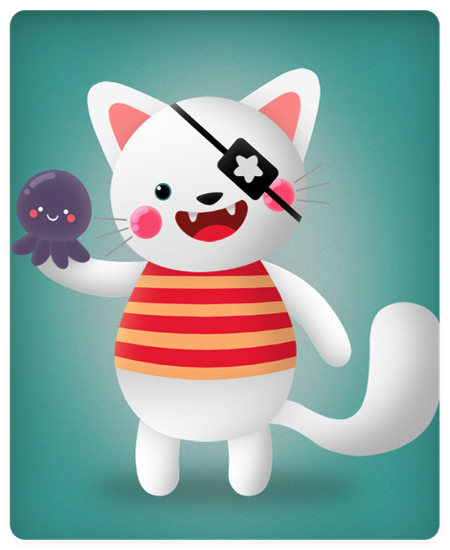 Made with love and acorns

We were approached by the University of Huddersfield, United Kingdom, to publish an illustrated character for a linguistics-themed game on zoonyms (animal names) in foreign languages in the November 2017 issue of Babel: The Language Magazine, a print and online magazine.

This character was chosen to represent one of the zoonyms in Russian for "seal", which litterally translates as "sea kitty". 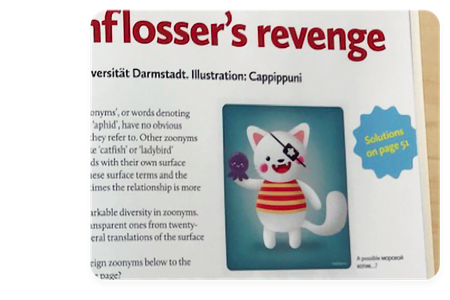